Hands down, the Sagrada Familia is Europe’s most beautiful church. Well, if you have seen most of Europe’s famed Gothic and renaissance cathedrals, although also splendid on their own, after probably your fifth church, they would start to all look the same. It’s really a traveler’s disease to be numb and disappointed with a historical edifice just because it resembles another which one has seen before (especially in Europe). A cure would be to look for their quirks and often, their unique stories. But for sure, this disease will not plague you once you have seen Gaudi’s marvelous unfinished work. The Sagrada Familia is unique at every angle – every bit of detail has never been engraved in existing religious masterpieces. I cannot wait to see it in full furnished glory in 2026! 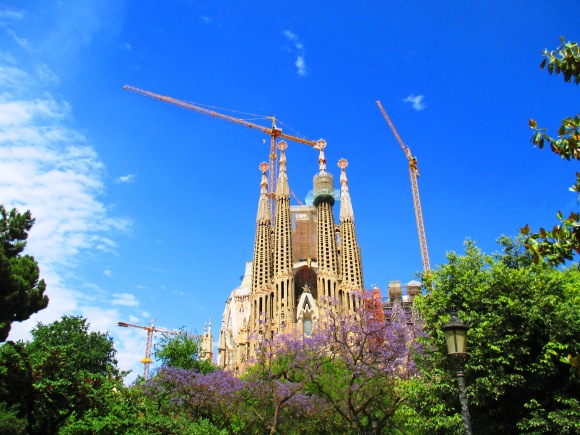 One thing that makes this church unique is that it was designed with nature as inspiration rather than an existing architectural concept in mind. Outside, it looks like the building is literally carved out of the earth. The church is planned to have three major facades. The most famous and oldest, and probably the only one Gaudi has seen, is the Nativity facade dedicated to the birth of Jesus. This has probably the most intricate and delicate details as evidenced by the illusion of seemingly melting and dripping stalactites: 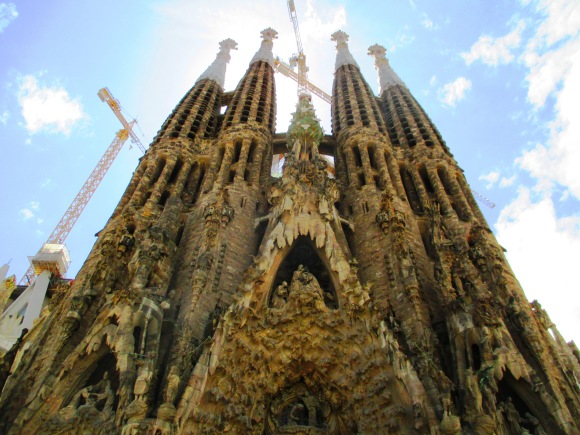 On the opposite side is the Passion facade, tribute to Christ’s crucifixion. Unlike the Nativity facade, this already seems to have taken a much modern feel. Also standing with four towers to keep the balance with the nativity entrance, this facade features tiny sculptures that describe the way of the cross, the venerated 14 stations that symbolize Christ’s suffering as he was marched to his death: 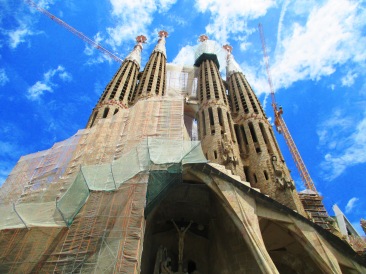 The other facade is the Glory facade which was still fully concealed during our visit. It is envisioned to be the main entrance and the most grandiose of the three when finished.

The interiors are also equally mesmerizing. The moment you step inside, the giant columns will automatically direct you to look up to this floral marvel of a ceiling. It is the most stunning I have ever seen carved on a church ceiling. 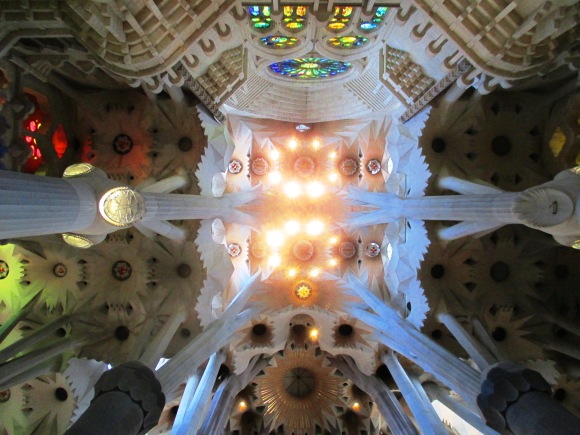 And if that does not please you, wait until you see the entire spectra of colors from its stained glass art. The windows adorned with stained glass are overly dramatic especially on a good sunny day where they seem to glow like gems – each pane alluding to a religious story. I can’t help but gasp at the panorama of the interiors.

Seeing all of this madness, I could not imagine and grasp what Gaudi was thinking when he designed this church. To put together the spontaneity and irregularity of nature’s forms into a coherent, well laid out geometric design is just pure genius and talent. Of the many contributions he had embellished Barcelona with, this masterpiece has to be the centerpiece of it all. In 10 years or so, all roads will lead to Barcelona to witness the immense glory of this beatified construction that has been cumbersomely put together for more than a century and I surely hope to be there to witness it unveil. 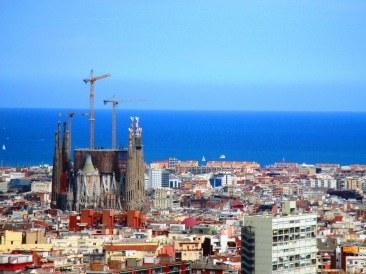 I wonder if there is any plan to finish it… 😆

Yes, they are targeting to finish (at least all the towers) by 2026, which is the centennial of Gaudi’s death. http://www.architecturaldigest.com/story/sagrada-familia-antoni-gaudi-2026

LoL. Yes, I think that has been the architect’s motto.