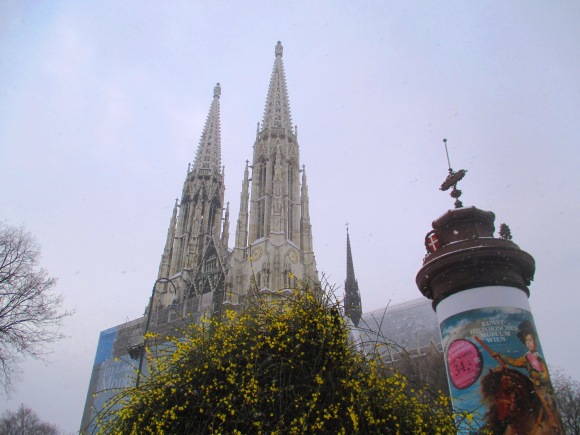 It’s hard not to compare Paris and Vienna. There’s no other city with quite a Parisian vibe outside France especially in terms of architecture. Vienna is the more compressed, vastly baroque version of Paris. Of course, they differ in so many ways especially in their cuisine but the overall air of sophistication is evident in both cities. 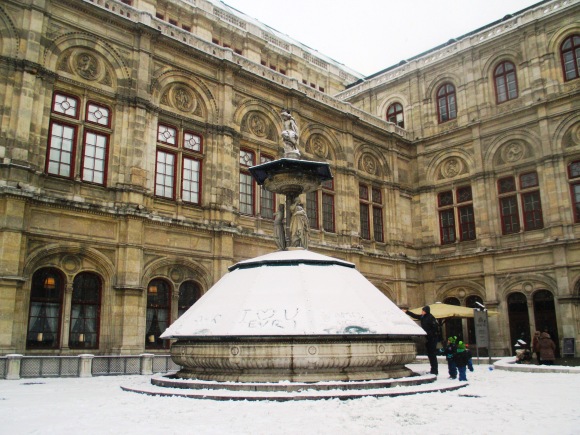 I was actually surprised about Vienna. I thought it would have a more Germanic air in it. With the general character and aura of its people, probably that was satisfied but in terms of architecture my expectations were beaten. The city is like literally peeled off from a history book. And the Renaissance-era-clad orchestra ticket pedlars and the clippety-clop of horse-drawn black carriages make it even more vicarious. The view up the towering St. Stephen’s Cathedral validates this spectacular old world glory: 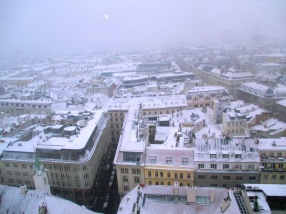 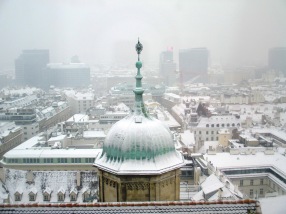 Starting from the Opera house up along the Albertina to the Michaelerplatz comprise a chain of gargantuan edifices that form an immodest complex of baroque architecture including the Hofburg Palace and the National Library. The view from the Albertina terrace is also quite stunning. 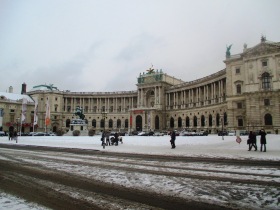 Not far from the Hofburg Palace is the main avenue of Universitatsring which strings together the famous Rathouse (that seemed to be plucked out of Brussels’ gothic square), the Burgtheater, the Parliament Building, University of Vienna, and the Neogothic masterpiece manifested in the Votivkirche church (topmost photo of this page).

When we went there, the city was terribly buried in snow, but the buildings’ ornate details are still discernibly attractive. Their version of Versailles is a crown jewel and the good thing is that you don’t have to travel far from the center and queue for hours. The Schönbrunn Palace has indeed an uncanny resemblance to the Palace of Versailles and its sculpted labyrinthine gardens: 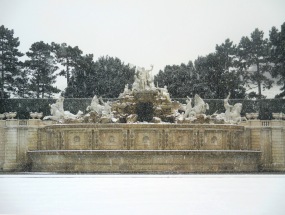 The Belvedere Palace and museum is also another treasure famous for its baroque architecture and impressive collection of Austrian art. And with all its flamboyance, you wouldn’t expect that this used to be only just a prince’s summer residence.

Aside from all things antique and baroque, Vienna still has its eccentricities. There’s of course, everything Sigmund Freud and all that he represents, but aside from that, there’s the Hundertwasserhaus apartments to add a twist to your trip when the regal city center becomes a bit overwhelming. It’s a crooked colourful apartment building from Vienna’s resident Gaudi named Hundertwasser who also fancy natural inspiration in his creations.

There are also spacious parks to wander around abundant with life and works of art such as sculptures paying homage to the great Austrian musicians like Mozart and Strauss. Probably the city is down on the hospitality and diversity scale but for a city so regal, you would quite understand why there is such a snotty reception from the Viennese. But overall, visually, it was far from disappointing. 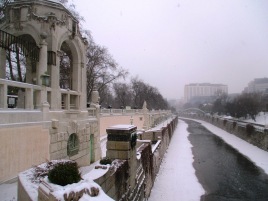 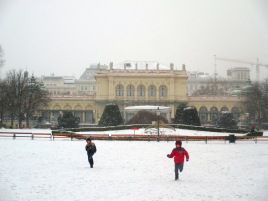 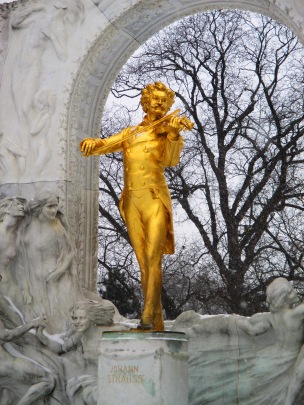 Your pictures of Vienna are amazing! The city looks so beautiful, I really hope I get to see it some day.

Thank you. Yes, I also didn’t expect it to be really stunning. It’s indeed worth a visit.

Well, what can I say? Superb work here, besp! You definitely brought me to Vienna with this. Keep it up, besp! More, more, more!