Merida was my first experience of Spain and I couldn’t thank it enough for giving me a good impression of what was yet to be my favourite country to travel to so far. On a road trip from Portugal to the great cities of Andalusia, we stopped by this humble city in western Spain. It is the capital of what they say is the poorest region in Spain, Extremadura, and yes, although it doesn’t scream luxuries of holiday destinations, the city has troves of architectural gems that are nothing but marvelous. Actually, the city’s impressive collection of well preserved Roman-era ruins is the biggest in Spain. 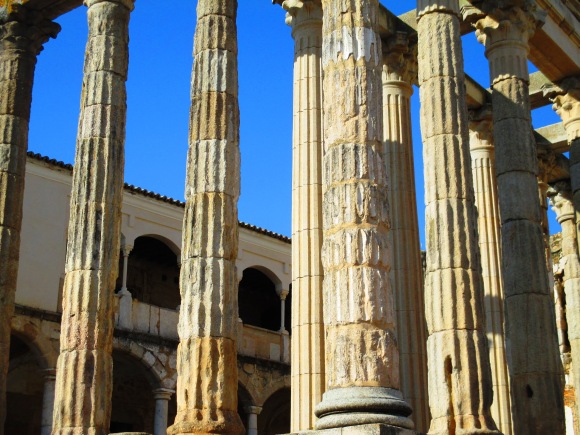 Once regarded as an important hub of the Roman empire, the city boasts of an architectural ensemble granted distinction by the UNESCO. All of them are either free to explore (being still functioning structures) or for those that required a great deal of preservation, can be visited using only a single ticket. The most memorable of which is the Roman amphitheatre whose scaenae frons outlines and surrounding semicircular rows are still almost intact. I think it could still be in fact a functioning theater: 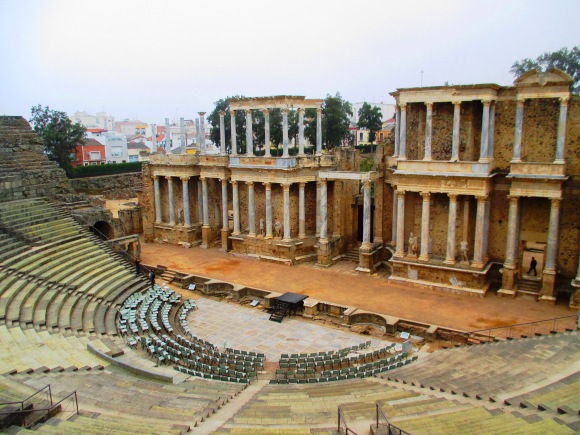 There is also a nearby gladiator arena with a preserved perimeter reminding us of yesteryears’ bloodbath spectacle.

The rest of the ruins are scattered in the walkable city such as the remnants of the Forum, a characteristic mainstay of ancient Roman cities. Several pocket loci of diggings will just pop out and surprise you along as you navigate through the winding streets. 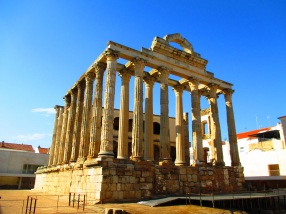 There is also an Alcazaba fortress by the river Guadiana built during the Muslim conquer of the city. It is mostly already in rubble but the surrounding walls are still standing as well as remnants of the once underground cistern. The nearby bridge of Puente Romano, the longest of its kind, still stands proudly across the Guadiana river and is still functioning until today. 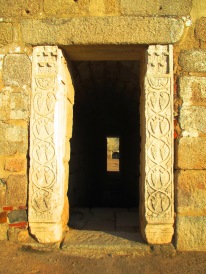 The Basilica of Santa Eulalia also keeps an underground cavern of archeological treasures. The remnants of a destroyed 4th century basilica on which it was built could still be seen underground complete with a necropolis adorned with fading religious paintings. 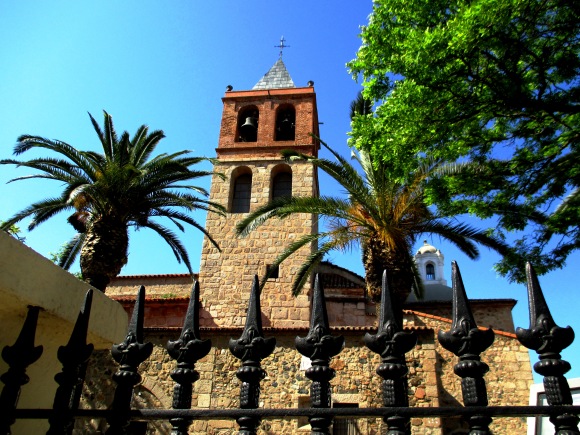 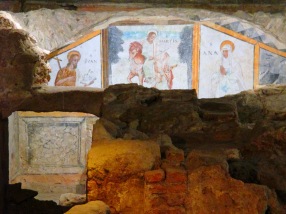 Indeed, the city is abundant with temples and excavations from the Roman era and I have not seen a city-wide preservation of that extent.  It is like a tinier, more humble (and cleaner) version of Rome. Honestly, I have not heard of this city prior to the trip but it was a remarkable stopover concentrated with archaeological wealth that Spain should be truly proud of.

4 replies on “The Ruins of Merida”

I’m incredibly fascinated by ruins but hadn’t heard of these. Hopefully I’ll get the opportunity to go back to Spain soon. Thanks for sharing!

You’re welcome. I was also surprised why it wasn’t that famous. The ruins are really impressive.