It’s that time of the year again where all roads lead to the Eiffel Tower. Throughout the year, there is no party as extravagant as the 14th of July in Paris. The event commemorates the storming of the Bastille prison, a significant event in the French Revolution (hence the nickname “Bastille Day” although you might skip this misnomer to evade some serious scolding from the French). So it is pretty much like independence day to the colonized so yes, there’s all the fanfare to celebrate freedom. It starts off with a parade of colors including the military soldiers along Champs Elysees. One of the highlights is a flypast of state-of-the-art aircraft from the French air force which starts with a flock of jets spewing out the colors of the French flag. It was quite a marvel (albeit super fast). I felt like a kid again reminiscing those G.I. Joe days. The view of the flypast from the Tuileries Gardens is spectacular as it is along the path of the planes so you have a linear view of the well-coordinated air traffic. 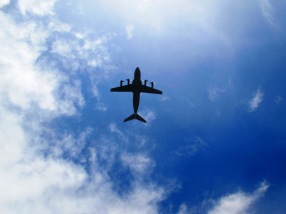 In the evening, the much anticipated fireworks show at the Eiffel Tower happens. This event can be perfectly viewed from a jam-packed Champs de Mars gardens. You have to arrive really early to secure a good spot. A concert starts at around 9 PM to calm down the impatient crowds but even so, at this hour, the entire lawn with the least obstructed views of the tower is already closely packed. At around 11 PM, the show starts and probably lasts for 20minutes or so. But yes, it is totally worth the wait. Below shows some of the highlights of this flamboyant, choreographed display:

For last year’s show, you may watch in this link.