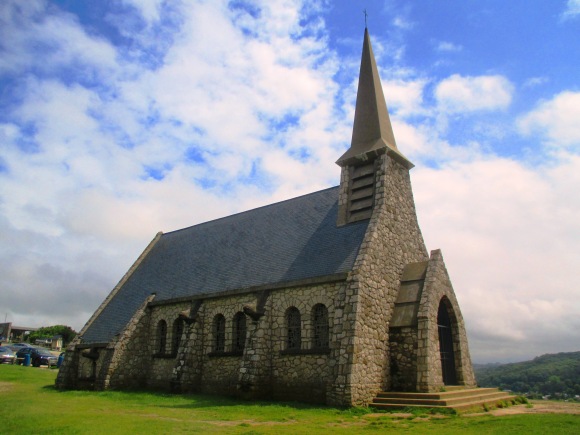 It’s been a while since my last post. I had a lazy but spectacular summer in Sweden and had gotten completely detached from my usual routines. Now I shall start to make up for lost time. It’s not Sweden for today, I will let it fizzle for a while otherwise it will be just a complete roller coaster of a blog post (because I sooo loved it there and I need to organize my thoughts. Let that be a teaser for the next post!). I feature Normandy today, a region in the north of France. 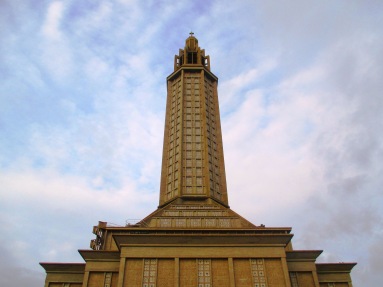 Last July, I went for a conference in Le Havre which was totally all expense paid (perks of being a scientist in a stably funded research group). Well the weather was terrible (which is apparently how they normally say welcome to Normandy) and albeit Le Havre was a UNESCO world heritage city, it was particularly ho-hum in there. There’s nothing to hate but also nothing to fawn over. The city was rebuilt in typical August Perret after immense World War II destruction. Architecturally, it is definitely meaningful but I am straight up tourist cliché so I was not completely bought. Anyway, I was there for a conference (wink). 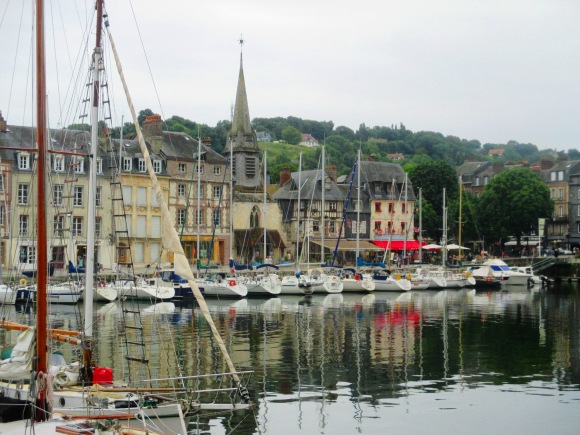 ‘Good thing that as part of the conference, we were sent to an immersion in Honfleur by the Calvados Department (alcoholics are probably throbbing right now after reading calvados alluding to the region’s namesake cider brandy). Honfleur, just across Le Havre, is a tiny town by the Seine River estuary famous for its charming port which has been a subject of many impressionist paintings. France’s oldest wooden church, St. Catherine, is still standing and carefully preserved – frighteningly rickety but it was an impressive woodwork to have survived for over 500 years now. And of course we had to hoard salted butter caramels, and cider whilst we can still acquire them authentic artisanal (or so they say). 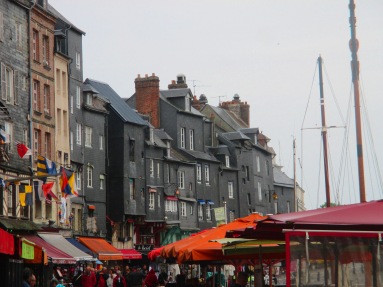 During the last day of the conference, I had half a day to spare so either I have to go around Le Havre again or visit a nearby town. Of course, for having itchy feet, it has to be a nearby town so when I found out that the famous Etretat is just 40 minutes away by bus, I immediately hopped on one and went. Etretat is famous for its verdant-grass-caped limestone cliffs facing the cold winds of the English Channel. It was a marvelous natural monument. The town also has a medieval feel. I walked along the cliffs and spread across the back-friendly grass field on top – it was such a relaxing afternoon. A common sight of cattle and sheep grazing will remind you of the bucolic Normandy countryside. The hike is high but not as steep as I expected, nonetheless it was still tiring so I had to rest downtown with some nice cold cider and a scrumptious French galette. It was a perfect cap to my week’s stay in Normandy. 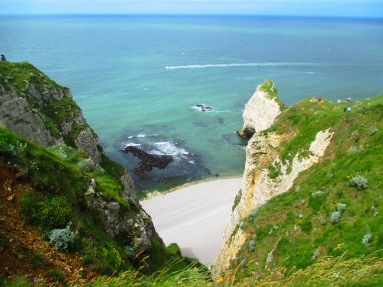 3 replies on “It’s Not Always Gray in Normandy”

French galettes are the best! Glad you were able to enjoy one on your short trip to Normandy.

Yes, until now it makes my mouth water just thinking about it. haha

Spring cloud.
2 years ago. 😭
Springtime in #Prague 🌸🌸🌸
Relax, take it easy. For there is nothing that we can do... but register and vote in 2022.
#ProofOfLife
Filed under romantic spots in #Prague 💕.