I’m no stranger to flying on planes… on leg-room limited economy class, that is. But I have never been before on a compact, single-engine recreational craft before, even so, on a vintage type. When my aunt told me that her friend is going to fly us over her city, I thought it was just a figurative expression they have in Sweden until we got off a flight club in the countryside and shiz got real. Of course, I tried to keep it cool but deep inside I was so excited.

First we had to prep the aircraft and the pilot was quite nice he kind of walked us through the process like checking the fuel levels (which are actually inside the wings, who would’ve thought? Not me, of course, I’m totally clueless), the wheels, the controls, the propeller… there’s an entire checklist so it was a breeze and I think he was quite good in explaining everything but I was still overwhelmed and doe-eyed, I didn’t pay quite a lot of attention. Then, since it was a vintage plane we have to like push it out of the warehouse with our “brawny” hands. The controls were still kind of circa 1980 push-button, and flick-switch types so at first I was a bit scared but then, I was like screw it, this guy seems to know what he’s doing. Well he’s done it for like 20 years so hell yeah. We’re good. 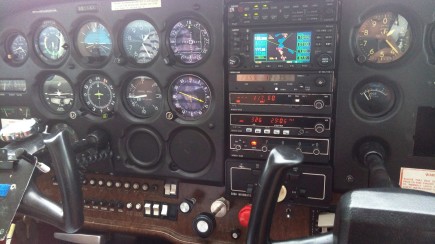 Sneaking in a pre-flight selfie because I don’t know if I’d be sick afterwards and throw up on these controls in front of me.

Then of course, we have to wear these gigantic headphones and glide through to the taxi way for our take off. It was a bit rickety at first but once we took off everything went smoothly. We hovered over the small city of Gavle, north of Stockholm, with its endless green landscape and homogeneous suburban neighborhoods. After drifting back and forth across the skies for a good 20 minutes listening to the choppy flying 101 lessons and fast facts from the pilot, I was asked to get my hands on the steering the wheel. Apparently, both front seats are equipped with the wheel and the pedals. I tried therefore and we almost nose-dived to a plunge. He immediately took over and was like, you’re a terrible pilot, in all Scandinavian dry humor. We laughed it all out of course, but my pilot dreams were half-shattered. Well, I kind of knew it before because of my lack of hand-leg-eye coordination but still. 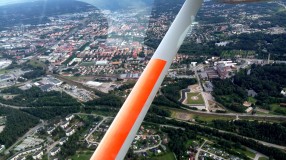 It was an awesome ride. I never knew I would be able to take it at some point in my life so thanks to my auntie and her friends. We then enjoyed burgers and hotdogs before the rain finally engulfed and destroyed what started to be a lovely summer day but yeah, that’s how it is up north. Good thing we still caught that window of calm weather before the storm and had one of the most memorable flights of my life. Until next time then Sweden! 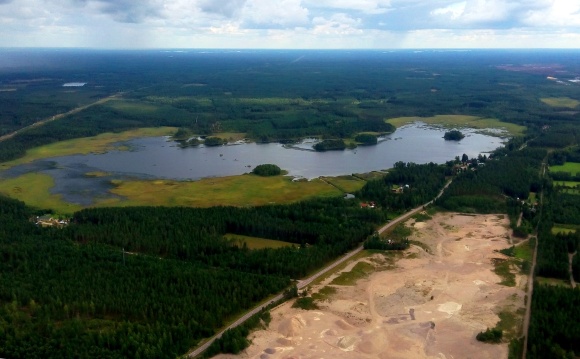 2 replies on “What I Did Last Summer, Part II: Flying Over Gavle”

How exciting! What a great experience for you. I really enjoyed reading about it.

Thanks! I hope I get to try it once again. It was an awesome experience.